Toongabbie is one of the oldest suburbs of Sydney. It is located approximately 30 kilometres west of Sydney CBD and is four kilometers from the Parramatta CBD.

Split between the local governments of Parramatta, Blacktown, and Cumberland Council, Toongabbie is commonly referred to by locals as “Toonie”, “Toonga Bay” and “Bayside”. It features a rich Indigenous and European history and has architecture very much reminiscent of the 1950s and 60s.

Noted as being the third settlement set up by the British colony, Toongabbie gets its name from the Aboriginal word which translates to “a place near water” or “meeting of the waters”.

Settlement here began in 1791 when Governor Phillip established a 640-acre farm on which many convicts worked. By December 1791, clearing the land was being undertaken by some 500 men. The farm in Toongabbie served to supplement the farms already existing in Rose Hill then. However, after 11 years, it was closed, and the land was given as grants to settlers and to convicts who had served their time. On the 1st of April 1794, the first grants recorded as “in the district of Toongabbie” were created.

In March 1797, an Aboriginal resistance leader named Pemulwuy led a group of around 100 Bidjigal warriors to attack the government farm in Toongabbie and challenge the British Army. This has since been known as the historical Battle of Parramatta, a major battle of the Hawkesbury and Nepean Wars.

By 1804, Toongabbie was only being used only for cattle grazing and as a camp housing convicts employed in the area. It remained a farming area until after the war when the increase in population led to a housing boom.

The Toongabbie Public School is the first ever school in Toongabbie. It opened on the 3rd of May 1886 but closed in April 1911 due to low enrolments. It reopened in February the next year and has stayed open since then. At present, Toongabbie also has Catholic and private primary and high schools.

Situated in a private house on Old Windsor Road, the first post office in the Toongabbie was opened in 1887 after many years of campaigning conducted by local residents. This arrangement continued well into the 1960s.

Largely assumed to be the second scout group formed in the whole of Australia, the 1st Toongabbie Scout Group was organised by Errol Knox in 1908. The first scout hall was born in a barn on Knox’s parents’ property, “Montargis” in Binalong Road. Later in 1934, the group moved to its current location along Bungaree Road on land also previously part of the Knox estate. 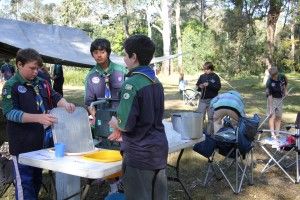 The first bank branch in Toongabbie, the Commonwealth Bank, opened in 1957 although bank agencies had already been operating in the area prior.

Toongabbie was only electrified in the mid-1920s and was connected to town gas and mains sewerage in the mid-1960s.

Over the years, Toongabbie has seen a significant rise in its immigrant population and has become a largely multicultural area with a significant South Asian population. In 2016, only 47.9% of people were born in Australia compared to 54.8% five years earlier.

Residents of Toongabbie benefit from the area being close enough to the city while being able to maintain a good sense of community and quiet. The suburb is well-maintained and kept tidy by 3 Councils. Older and established couples and families constitute the majority of its residents. 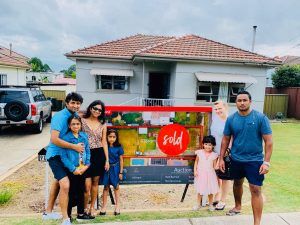 The real estate makeup in Toongabbie features a combination of single-level homes and two-storey properties. Units, single-level villas, and two-story townhouses are fairly common. Over the years, a large number of older homes have been knocked down and replaced with newer and larger homes to fill the growing demand for great livable spaces suitable for families.

With many decent-sized properties and with housing costs relatively on the affordable side, Toongabbie is slowly emerging as a viable suburb for many people looking for a more relaxed community without sacrificing accessibility and proximity to the city.

Aside from its own commercial area, Toongabbie benefits from its closeness to major shopping centers such as Parramatta Westfields and Blacktown. Three different Bunnings are also located nearby, which is particularly helpful if you are fixing up your house.

Toongabbie’s shopping district is located in Aurelia Street. For many years, this precinct included a small suburban cinema known as the “Rocket Theatre”. It operated from sometime between the wars until the early 1970s, when it was replaced by a row of shops. 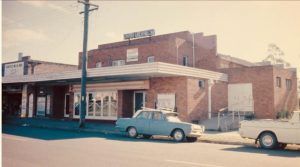 In the 1960s, a small shopping centre and supermarket known as the Piccadilly Centre was constructed near the Toongabbie Hotel and the Catholic Church. This remained operational until 2004 when, along with its surrounding properties, it was purchased by a developer to pave way for the Portico Plaza.

Presently, the Portico Plaza features around 45 shops including Woolworths, Australia Post, a news agency, pharmacy, hair and nail salon, and a florist. It also has a host of restaurants and cafes ranging from Gloria Jeans to Indian restaurants that cater to Toongabbie’s huge South Asian population. With over 300 undercover car spots available, you will have no trouble parking in Portico Plaza. Otherwise, it is easily accessible by train and by bus.

Another local landmark, the Toongabbie Hotel is a favorite pub which houses a sports bar perfect for unwinding after work. It is centrally located near Seven Hills, Prospect, Winston Hills, Parramatta, and Blacktown and is just a stone’s throw away from the Toongabbie railway station.

The Toongabbie railway station is on the T1 Western line of the City Rail network. It was opened on the 26th April, 1880 and was originally an unstaffed station. Over the years, it saw several upgrades through the addition of platforms and loading facilities. Further recent enhancements include elevators.

The current station was opened in 1946 while the line was electrified in 1955. It sits on the boundary of the Parramatta and Holroyd local government areas. The area’s main retail section falls in the Holroyd Council area and is linked by a narrow road bridge.

At present, Toongabbie is being served by private buses where connection to Blacktown is made via the Blacktown Road. Aside from the train, Seven Hills is also reachable via the Prospect Highway while Sydney and both Parramatta and Westmead are serviced by the Great Western Highway.

Families benefit from the multiple parks and recreational areas found in Toongabbie. Fox Hill Golf Club is located on the western side of the suburb. The clubhouse doubles as a party venue for bigger events or corporate functions and features a nice view of the golf course.

The Toongabbie Bowling Club is more than your traditional bowling club. It has excellent food, an arcade, and an alfresco area with a grassed portion perfect for kids to play in.

McCoy Park is situated next to the border with Seven Hills and is close to a small row of shops. Located by the creek, the park includes toilets, a large field, and a spacious playground for little kids. Toongabbie Sports Club, which hosts a bowling club, is located along Station Road.

Email Agent Regarding This Property